This the last in the CANNON series, so aptly its the much later 1980's video release design.
I painted the picture in photoshop using a selection of acrylic style brushes to give it that real rough illustration feel and as this would be a few years down the line I wanted a different more 80's feel to it rather than my previous 70's covers, so i went all metallic silver with an electric/neon typography for this Vigilante Video release. 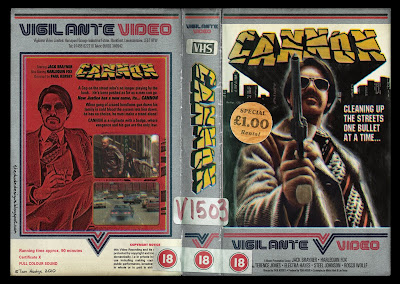 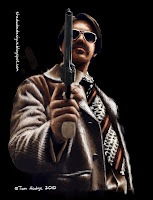 Here is a screen grab i made for the title screen. I designed it in photoshop then imported it onto VHS and ripped it from that, i do like the rough grain and bleeding colours which you get with video tape that we have lost with DVD and even more so with BluRay now, it wasn't perfect but something about the rough quality of it all made it more fun as a kid, especially if it was a pirate of an 18 rated film which you shouldn't be bunking off school watch... 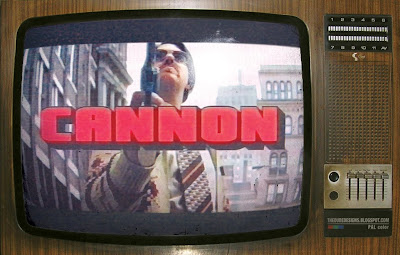 These are the second two posters in the series, this time promoting CANNONE which is more inspired by the brilliant 70's Italian Poliziotteschi crime films of the time so giving me a different angle to work on. 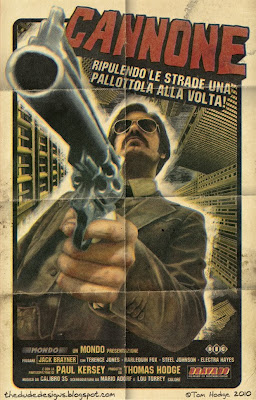 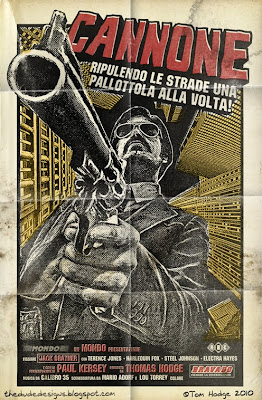 Here is a rare lobby card for CANNON not in great condition and quite sun bleached. 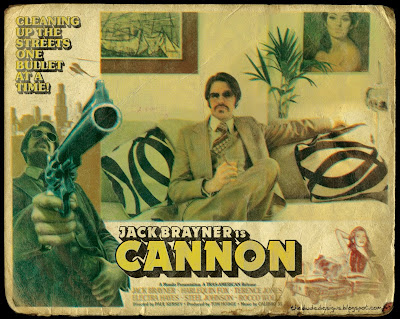 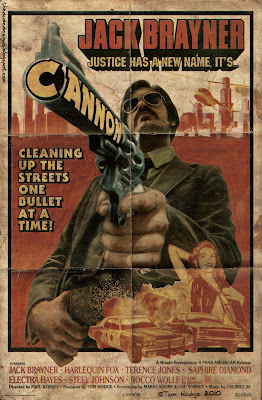