Wake Before I Die Poster 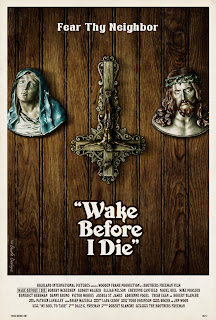 This is another poster for the brothers Freeman's Polluted pics (the guys behind Cell Count and The Weather Outside).

For this poster i wanted to offer them something different and create a more minimal conceptual design which would explain the vibe film, illustrating the story line in an iconic way without using actors, so I took more of a classic conceptual approach inspired by the work of Stephen Frankfurt (Alien, Rosemary's Baby) So a big nod to his genius! especially with the frame treatment! 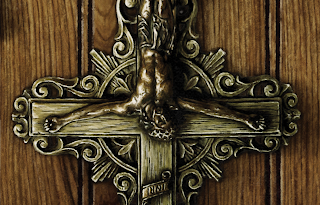 "After moving his family to a small Northwest town, Pastor Dan Bennett begins to suspect that all might not be as idyllic as he first imagined. Strange spiritual obsessions begin to unearth age-old secrets, and personal threats await anyone who dares confront them." 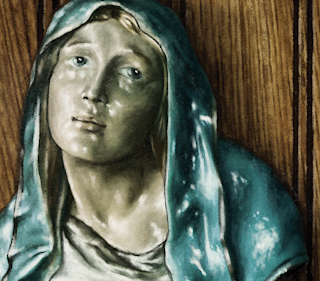 My original intention was to depict wanted a section of the all American homes wall. with an upside down cross to show granny being a Satanist sort of vibe, but i felt it was a bit too busy
and didn't capture the right atmosphere. 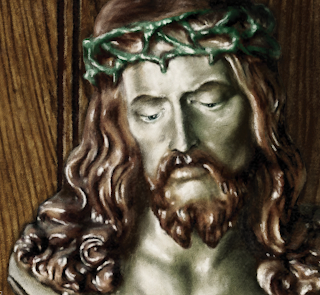 I really like the dark texture and feel of wood panelling so felt that perfectly fit the right tone, then also in my research i stumbled across theses different Marry and Jesus Religious wall plaques which where perfect as they summed up the religious confrontation of the films story and would allow me knock it back the image more to just bare basics and just let the simple icons of Mary, Jesus and the upside down cross play off each other. 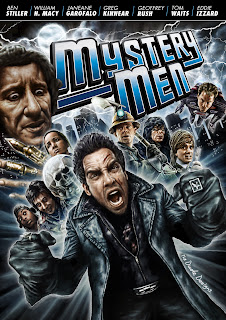 Here is the artwork for Kotch Media's German DVD/BR release of the 90s comedy/super hero/action flick 'Mystery Men', Staring a mammoth amount of stars..
Ben Stiller,William H. Macy, Janeane Garofalo, Hank Azaria, Janeane Garofalo, Kel Mitchell (you know Kel from kenan and Kel), Paul Reubens (Pee Wee), Wes Studi, Greg Kinnear and Geoffrey Rush...
Theres a host of others but space was limited and i didnt want them all vying for space too much, just squeezing in the central Mystery Men was a challenge! 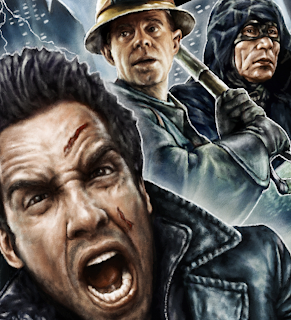 Kotch Media are the same people who released Super which i worked on, that time i created a sudo classic comic book cover design, so this time around I took my inspiration more from modern comic book covers to create the layout, so placing the character line-up on an angle and having the title treatment at an angled perspective as well paying homage the X-men and Avengers. 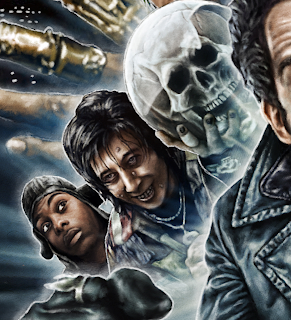 We wanted to lead with Ben Stiller as his character Mr Furious is the main focuses of the story, so i had his rage bursting out and Geoffrey Rush does a great turn as the big bad camp villain, he's got such a rubber expressive face in this and i really wanted to bring that out in the image as well. 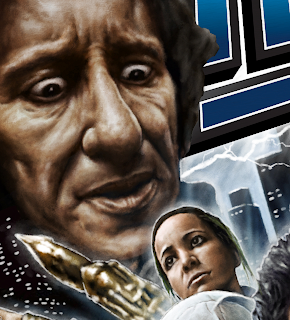 Pretty much 90% of the film takes place at night so i kept to quite a dark blue colour pallet especially as Ben stiller is decked out all in black leather and he takes up a lot of the image on this one i wanted it all to complement that. 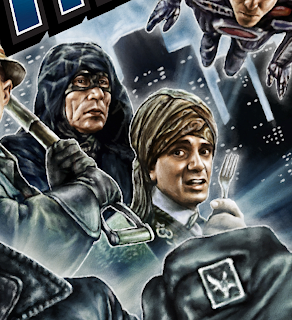 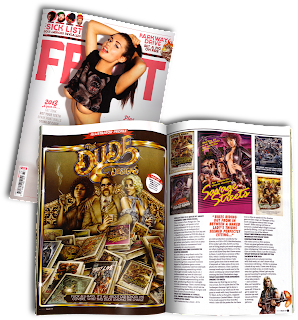 The Dude Designs has been featured in the new January issue of FRONT Magazine... A great way to start off the year!

So be sure to pic up a copy at your local newsagents!! 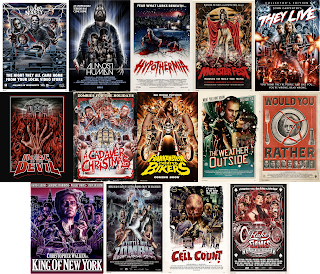 Heres a few of the commissions completed over the past year, with the exception of artwork produced but not yet released and overlapping 2011 -2012 release dates for previous work (Fathers Day, Dear God No!, Madison County etc... !)