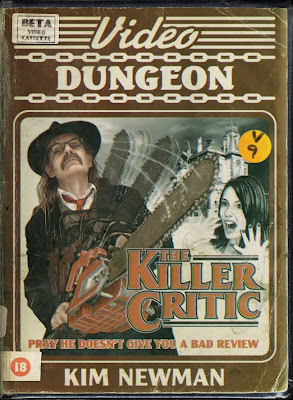 They had some images of Kim which i chopped up and then re-illustrated, complete with generic scary house and screaming girl, plus the three chainsaw swipe, which is a bit of a homage to the pranks cover. (What's better than putting one chainsaw on the cover... THREE chainsaws!!).
I then chose to have the Video Dungeon title as the film distributors name rather than the film title itself, i felt this would be a nice twist and allow me to emphasise the whole cheesy video nasty cover more, its also massive nod to my personal favourite film distributors of the 80's Video Movies from Hokushin so i couldn't help referencing them on this one.

"incredible work!" and a "Big thumbs up from Kim"

So my design was selected to appear in the July issue of Empire Magazine: 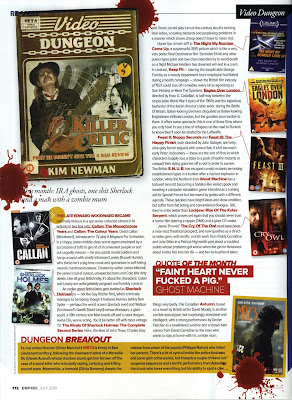