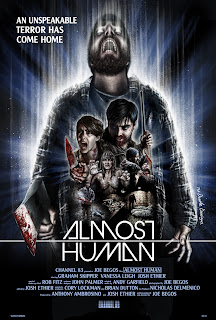 Heres the Poster artwork for Almost Human. for this one i actually worked up an alternate design which follows along the same lines but with a more minimal vibe, which you can see bellow. 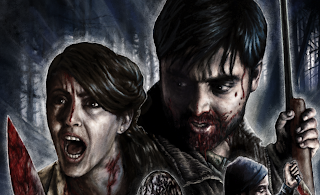 Mark Fisher (guy with the beard) disappeared from his home in a brilliant flash of blue light almost two years ago. His friend Seth Hampton was the last to see him alive. Now a string of grisly, violent murders leads Seth to believe that Mark is back, and something evil is inside of him. 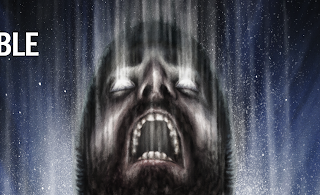 Upon watching the preview i instantly picked up on visual vibes from such films like, Altered States, The Invasion of the Body Snatchers (80s) and obviously The Thing (Carpenter was a big inspiration for the guys), These where all mainly down to this scream that mark does, it was such a powerful image that i really wanted to lead with it and show this distorted scream, the other strong image i got from the film was of Mark getting hit by the blue beam light in the intro sequence so they provided me with the main visual hook for the poster art, with inspiration from posters like The Beast within, The Thing, Madman, Friday the 13th part 3 (my personal favourite of the series!!) even berserker, Prince of Darkness and the altered states poster itself. My other big inspiration was a John Saul book i picked up called Comes the blind fury which had a great image of a blind girl lit from the bellow. 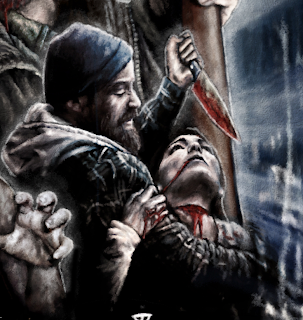 Joe Begos the director wanted a montage design so i wanted to interpret it in a different way this time, leading with the main scream and fitting the imagery inside of that. For the montage was all about setting the seen so i wanted to convey this sense of fear and loss of control in the characters, so there aren't any 'guns out' building a sense of fear. then i wanted to show some of the action but not give away too much, so keeping an air of mystery to draw the viewer in. 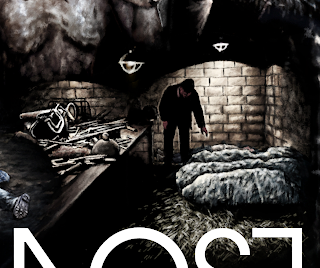 The only controversial image was the naked sort of slim covered girl, as it was such a contrasting image against the rest i felt it really held power, plus being a woman it broke up the rest of the images and added air of mystery, 'who is she?' 'what is going on there', which then leads down to the pods on the bottom right and we start to get more of a twist for people to interpret ! 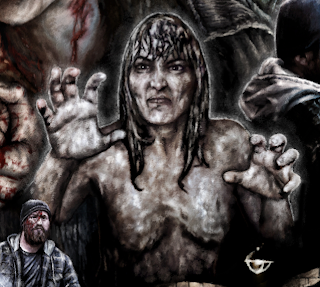 Finally the title treatment was a big thing for the designs vibe, i wanted to keep it more conservative with a alien vibe. I experimented with different letter forms to convey this. and created a logo which is sort of modern but actually is a very classic 70s inspired. to contrast with the rest of the imagery and layout. 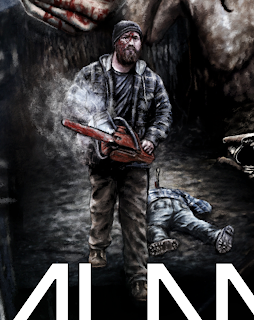 As i mentioned at the start i did work up an alternative design, it was always in my head to go down a more minimal route with the main character, so it want much more work to see how that design would play out (the joys of working digitally!). I also think it might be more fitting for the DVD market in foreign territories where they seem to go for a more minimal image, so it offers options to the distributors and will be interesting to see if they run with it. See what you think below 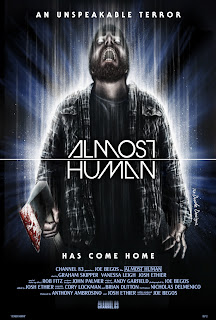