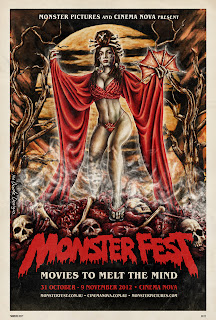 The concept was to create a classic film poster design based on the monster geisha character they have made for this promo short created by Isabel Peppard as the face of the fest for 2012 (it's a metamorphosis of there previous asian film festival geisha character). 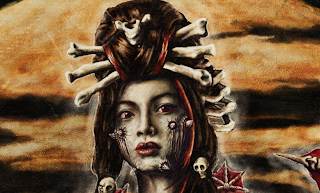 Its a straight down the line celebration of classic exploitation, monster, horror design to really drive home that film style vibe for the folks and as a fun poster momentum of the festival. 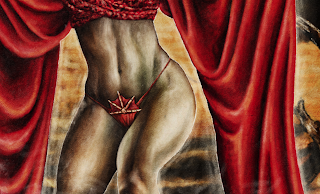 As the main visual was to be of a strong female character my instant inspiration was the wonderful work of Frank Frazetta (again!) you just cant get sexier female illustrations for my money! so that really was the tone i wanted to capture, the powerful sexy and voluptuous fantasy barbarian monster woman walking through the mountains of blood guts and bones!! 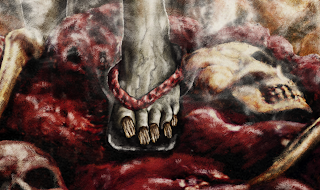 I did slightly sex up the outfit a touch to a more thong inspired garment so emphasizing the ladies powerful posterior more as well as bosom to capture the classic spirit of the piece. 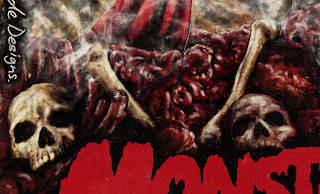