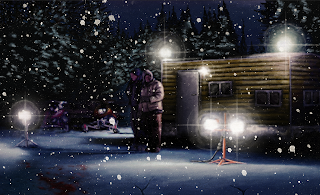 Ill need to cast my mind back a bit as this one goes back a bit, I actually completed the design way back in October of last year. MPI Media contacted me about this one wanting a classic creature feature design. 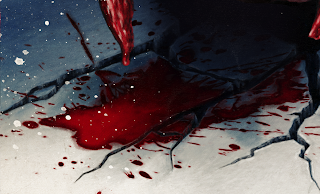 The basic premise is a family out ice fishing catch more than they bargained for (that's not the official line but  hey i can't resist a good pun!) When they stumble across a monster from the deep!  Well I'm a massive fan of snow bound horrors and monster horror films (which sadly dont get made as much)  so i had a field playing around with these themes. 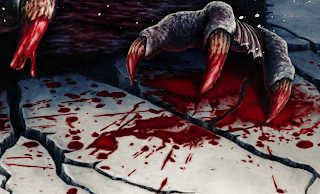 As the action centres around this monster coming out of the ice hole it gave me this great visual of the plain white snow then this this dark mysterious hole OF TERROR!! 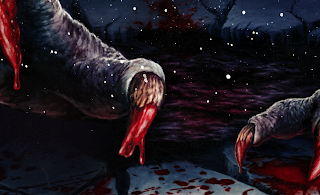 So i emphasised the hole more to represent said terror with its sinister cracks splitting and breaking along the clean crisp ice (i was quite proud of my cracks, i spent quite a bit of time on the detailing), which reach out to the viewer as well as the family in the distance. It also allowed me to play with the use of the negative space in the poster, i loved the idea of the image starting off really dark at the top the trailers lights just highlighting the characters in the distance then this gradually bleeds out into the white nothingness of the paper at the bottom with just the cracks intersecting the two. then keeping the title treatment in perspective to lead the eye down. 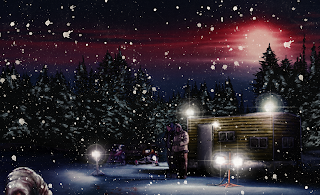 There where actually two title treatments i offered up, this blood version and one made up of  the cracks continued on from the hole. The blood one won out for impact of the read.There where also some montage concepts thrown into the mix, particularly as Michael Rooker is staring in it but it just wasn't fitting with the genre, so i talked the guys into making more of a picture treatment out of the design rather than loose the atmosphere and impact. 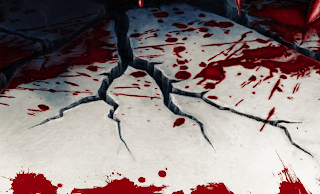 The design sort of recreates a scene in the move but taken from an alternate angle, the family isolated on the lake and trapped in a trailer looking out into the night to keep watch for where ever is out there beyond the darkness under the frozen ice..... 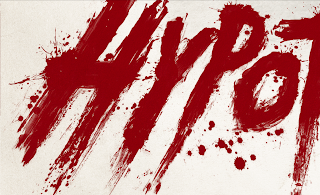